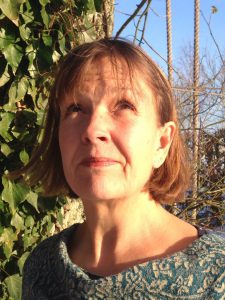 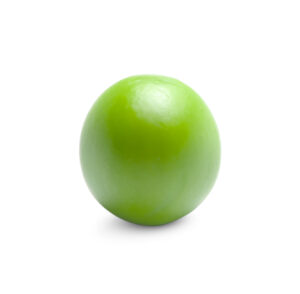 The therapist and the pea

You have probably heard the fairy tale of the princess and the pea by Hans Christian Andersen. One stormy night, an unknown woman arrives at a royal palace claiming to be a princess. To test if she is a real princess, they let her sleep on top of 20 mattresses and 20 feather beds with a pea underneath. The woman complains in the morning that she could not sleep and had a terrible night because of something hard in the bed. The prince who lives at the castle is looking for a wife and rejoices at the news. He is convinced that he has found a true princess because only a princess would be sensitive enough to feel the pea. As in all good fairy tales, they marry and live happily ever after. The pea is put in a museum!

A pea is at the centre of another story so bizarre that you may not believe it.

Once upon a time the sensitivity of Ulla Thoresen, a craniosacral therapist based in Genarp in Sweden, was put to the test. Ulla was treating a 90-year-old man on a regular basis for a major imbalance in his joints. After a hip operation, one leg was 5 cm longer than the other and he had to wear a special shoe with a raised heel. After a total of 10 treatments every third week with Ulla, his legs were almost equal in length and he no longer needed the special shoe.

One day during this course of treatment, Ulla noticed there was something different as she scanned the man with her hands. There was a small point inside the man’s left lung that felt denser than the surrounding area. She did not know what the reason was but she said to the man that he should see his doctor, suspecting that it might be a tumour. The doctor sent him for a chest X-ray which showed a small round object in the bronchi, the air passages leading to the lungs. It was a pea! Somehow the pea had gone down his windpipe and become lodged in his lungs. The pea was duly removed by sedating him and inserting a tube into his lungs.

“Some craniosacral therapists are sensitive enough to find tumours. I can find peas!” says Ulla with a smile.

This is the dual nature of craniosacral therapy, part intuition, part medical science; partly a sensitivity in the fingertips to imbalances and partly a thorough medical training on the inner movements of the body, in particular the spine.

Ulla trained as a craniosacral therapist at the Upledger Institute, co-founded by the American Dr John Upledger, an innovative osteopathic physician who is considered the brains behind this new form of therapy that borrows much from osteopathy. More than 100,000 people have attended courses at the Upledger Institute but only a few from Sweden. Ulla finished her foundation course in 2009 and continues to take regular courses arranged by the institute. During training, therapists gain a detailed knowledge of anatomy including the nervous system.

“Everything physically wrong is to do with our anatomy. The more you know about anatomy, the more you understand how to treat different conditions,” says Ulla Thoresen, who admits that one of her favourite pastimes is pouring over colourful books full of anatomical drawings. Her favourite illustrated book at the moment is entitled “The Anatomy of the Brain.”

She takes a holistic view of the body because everything is connected. “Everything should move together like a well-oiled machine,” says Ulla.

One of the primary nerve junctions is the neck where the spine connects to the cranium. Here is the source of many of the problems that manifest themselves in other parts of the body. One example

Ulla gives is carpal tunnel syndrome, a narrowing of the vein in the wrist that causes the fingers to tense up restricting movement. Surgical operations on the wrist have a 50:50 chance of success but Ulla claims that in many cases this condition can be treated successfully with craniosacral therapy by working on the neck and shoulder area. It seems the neck is closely connected to the wrist.

I went to Ulla myself for treatment of lumbago. First I had been to a chiropractor who attacked the problem of my misaligned disc with a bone-crunching solution. After three sessions, the treatment seemed to make the back problem worse and the therapist advised me that there was nothing more he could do for me. Full recovery would take nine months he said.

That’s when I started looking for alternatives like craniosacral therapy from Ulla Thoresen. The treatments I receive from Ulla consist of gentle movements of the joints. Sometimes she just places her hands gently on my knees, pelvis or the base of my spine or she holds my head with both hands turning it slowly to the side. She feels the points where adjustment is needed.

“A lot of people think that this is a gentle treatment but it can still have a strong effect,” says Ulla Thoresen. “Don’t be deceived by the gentleness of craniosacral therapy.”

I actually fell asleep during the latest treatment because I became so relaxed. At the end, as I got up from the bench where I had been lying, Ulla advised me to take it easy in case I became dizzy. Strangely I felt taller that I did before the treatment. I was able to stand up alright but my forehead was feeling fuzzy. As I turned my head slightly, there was a loud crack of a bone in my neck. So some bone adjustment did happen after all!

When I got home, I felt knocked out and had to lie down to rest. I slept from 5 in the afternoon to 6 in the morning. Yes, indeed, it was a deceptively strong treatment with certain aspects beyond my logical comprehension.

Some say that craniosacral therapy can even release deep-seated traumas and past karma, but others would say that is just a fairy tale.

Ulla Thoresen believes that the treatment of many physical conditions begins with a detailed knowledge of anatomy.